Wild Arms (ワイルドアームズ?) is a Western-themed role-playing video game developed by Japanese software company Media.Vision. Originally released in Japan in 1996 for the Sony PlayStation video game console, it was later translated and released in North America in 1997 and Europe in 1998 by Sony Computer Entertainment.[4] It is noteworthy for not only being one of the first role-playing video games on the PlayStation,[5] but also one of the few to feature a Western American setting and motif. The game features 2D computer graphics for normal gameplay, while battle sequences are rendered in 3D. 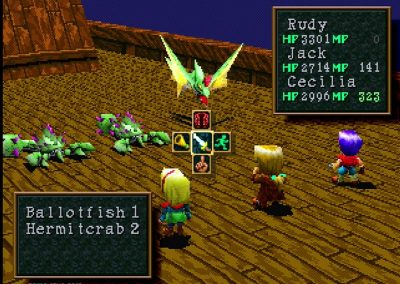