Super Mario Kart is a racing game for the Super Nintendo Entertainment System and the first game of the Mario Kart series, as well as the game that sets precedents to fictional kart racing genre. It was first released in 1992 and re-released in 1996 as a Player’s Choice title. Part of this game is heavily based on another successful game, Super Mario World. 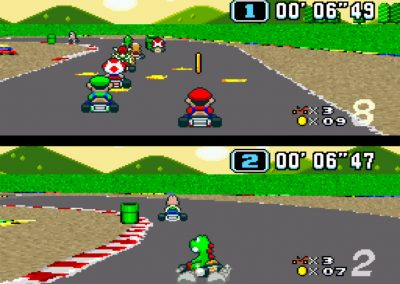