After the success of Star Fox, Nintendo decided to make a sequel on the same system. However, with the release of the Nintendo 64 looming close, Nintendo decided to cancel the game despite it being nearly complete. Many features of this game were later reused in Star Fox 64, most notably Star Wolf, and the game itself was later leaked as source code and compiled into a working ROM. 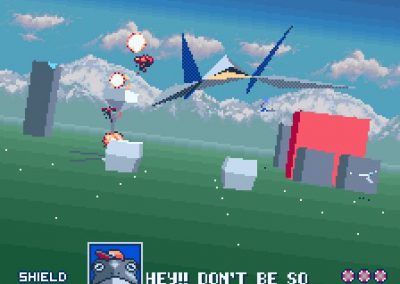