Braid is played by solving physical puzzles in a standard platform game environment. The player controls the protagonist Tim as he runs, jumps, and climbs across the game’s levels. Tim jumps and stomps on enemies to defeat them, and can collect keys to unlock doors or operate levers to trigger platforms. A defining game element is the player’s unlimited ability to reverse time and “rewind” actions, even after dying. The game is divided into six worlds, which are experienced sequentially and can be entered from different rooms of Tim’s house; the player can return to any world previously visited to attempt to solve puzzles they missed. 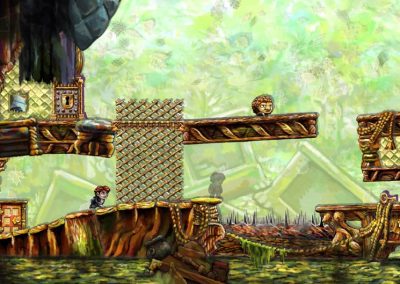 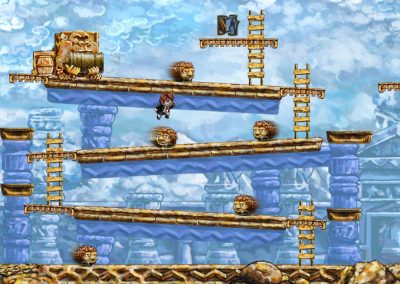 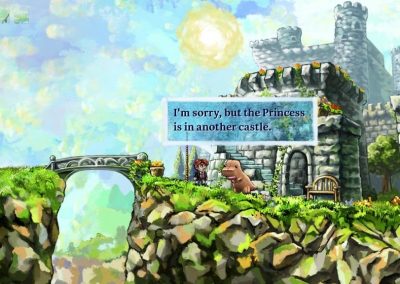 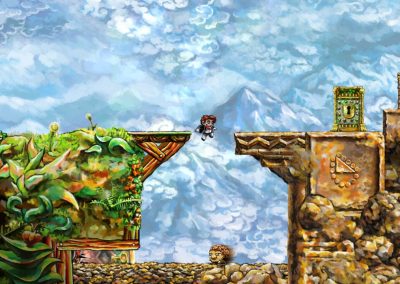