In BattleBlock Theater, players control a prisoner as they are forced to play through games devised by Hatty Hattington. Controls are simple, with the game largely consisting of running, jumping and punching. Levels are made up of various types of blocks, such as collapsing blocks, sticky walls, bouncy volcanic rocks and deadly spikes, and also feature hazards such as water and deadly creatures.
The main mode in the game is Adventure Mode, which can be played solo or co-operatively with a second player. During co-operative play, players are able to work together to overcome obstacles, which includes throwing them across gaps, using their heads as platforms and helping each other up ledges, although there is just as much opportunity to sabotage your partner. Adventure mode consists of various worlds each with a set of levels. In order to progress to the next world, players need to collect gems which can also be used to unlock new customiseable parts. Players can also collect balls of yarn which they can use to bribe cat guards and unlock new weapons, such as frisbees and vacuum cleaners. Collecting all gems and the yarn will get you an A++ in the level and two extra gems. Arena mode is a competitive mode for up to four players, which can be played free-for-all or in teams. 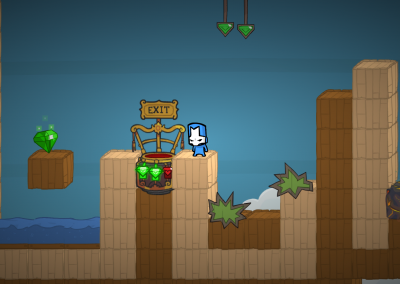 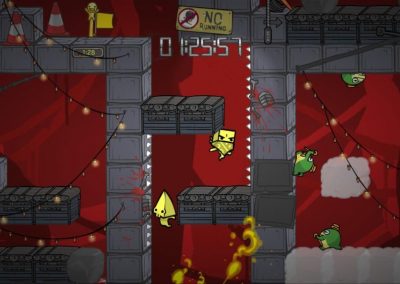 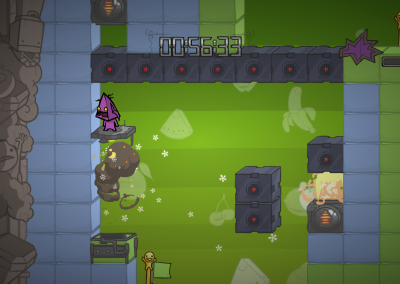 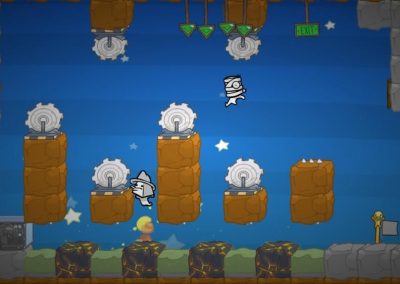